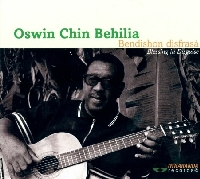 Oswin Chin Behilia belongs to that select group of singer/songwriters whose music combines memorable tunes with lyrics that reflect social and personal concerns. Mention his name to a fellow native of Curaçao in the Netherlands Antilles and his face lights up with fond recognition. Both young and old consider his song Plegaria, for instance, as the folk alternative to the national anthem, while Sunú is universally regarded as one of the classic love songs in Papiamentu, the creole language spoken on the islands of Curaçao, Aruba and Bonaire located off the coast of Venezuela.

END_OF_DOCUMENT_TOKEN_TO_BE_REPLACED 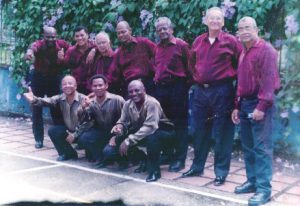 Currulao is a purely African rhythm; it is employed equally in singing about the misfortunes of love, feasts of the saints, or for lamenting the loss of a child.

END_OF_DOCUMENT_TOKEN_TO_BE_REPLACED

Human civilization on the ABC islands began around 600 A.D. with the arrival of Arowak Indians of the Caiquetios tribe from the coastal regions of South America. They lived from agriculture, fishing and hunting. Shortly after the Spanish “discovered” the islands in 1499 most of the original inhabitants were taken as slaves to Hispaniola and other Spanish colonies. In 1513 they named the ABC islands Islas Inútiles (Useless Islands) because no precious metals or natural riches were found. But their strategic position and Curaçao’s natural harbor proved to be the most valuable assets. The Dutch conquered the ABC islands from Spain in 1634. They did so to obtain salt for their own herring industry. Soon after the Dutch West Indian Company was founded and a few plantations were set up. The arid climate of the ABC islands made large scale plantations unfeasible. Eventually the Dutch started to trade and by 1660 Curaçao had become the center of the West Indian slave trade. The West Indian company took over the principle Portuguese trading stations on the west coast of Africa, buying enslaved Africans and transporting them to Curaçao where they were sold to the Spanish, Portuguese and British colonies all over the Caribbean. There are several scattered testaments of the slave age. On Bonaire they include the slave huts south of the capital of Kralendijk on the ocean shore adjoining the large salt pans where slaves slept after toiling for long hours harvesting salt for their masters. In 1999 a large bronze statue called “Desenkadena” (Break the Chains) was unveiled on the very spot where the dead bodies of Tula and Karpata, leaders of the famous slave rebellion of 1795 were displayed to deter additional insurrections and the Museum Kurá Holanda (www.kurahulanda.com) opened its doors at the site of the slave-holding yard in the Otrabanda district of the capital of Willemstad. Emblazoned in the local language of Papiamentu (see below) on the outer wall of this museum of the history of Black suffering are the words of the Curaçaon poet Nydia Ecury – whose English translation reads “In the garden of your soul, weed out rage, so as to plant peace. Let not woes of old enslave you anew.”

END_OF_DOCUMENT_TOKEN_TO_BE_REPLACED

Kofi Ayivor’s career spans a vast range of African and African American music: from traditional African drumming to old time Ghanaian big-band Highlife of the 1950’s, from the Afro-rock fusions of the 1970’s to Black funk, reggae and jazz.
Kofi Ayivor has also become an Ambassador for Ghanaian music worldwide. Over the years he has played in Europe, the Americas, the Middle and Far East. He has worked with British rock groups, with Alexis Korner’s blues band, with Turkish musicians and dancers and with European classical symphonies and ballet schools. He also worked on film scores such as one by Sweden’s Ingmar Bergman and the American Superfly movie. In recent years he has settled and worked in Holland.

END_OF_DOCUMENT_TOKEN_TO_BE_REPLACED

Oswin Chin Behilia is a genuine troubadour: communicative, entertaining, passionate, observant – making acoustic music in a mix of pan-Caribbean grooves. Many of his songs engage the social aspects of life on Curacao in a genre he calls his “social lyrics”.
On this third Otrabanda release several of his songs deal quite specifically and with a greater sense of urgency with recent major historical developments in the political relationship between his native Curaçao with the Netherlands. First and foremost his songs are just plain good music to listen to, sometimes to dance to and more often than not, food for thought.

END_OF_DOCUMENT_TOKEN_TO_BE_REPLACED 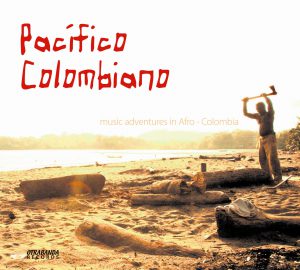 The Pacific coast of Colombia breathes the spirit of Africa – filled with the sounds of the African marimba, 6/8 rhythms, Afro-Colombian Fanfare, ancestral chants. This album offers a tantalizing glimpse at a cross-section of rural and urban music from older and younger generations from the cities of Buenaventura and Cali and the Chocó region with the marimba threading throughout the album like a musical snake.